The Labour Shadow Attorney General said that Sir Keir Starmer was the target of a vicious smear campaign.

She said that a Tory operation put pressure on the police to look into the Labour lockdown meeting.

Ms Thornberry claimed, “The Conservative party has something called an attack unit which has been working overtime, according to the Sunday Times, with various people in Durham putting together something they have given to Durham police.”

The Labour MP spoke to Andrew Marr on LBC about the beergate claims.

Mr Marr asked, “Do you think Durham police are being intimidated by the press?”

Ms Thornberry sharply responded, “I think that the Conservative party central office believe that it is in their political interest to try to smear Keir Starmer and to try to make sure that all politicians are seen as the same.”

“There are people of principle and integrity and Keir Starmer is one of them.”

To seek clarification, Mr Marr pressed further: “So you dismiss the case against Keir Starmer completely, but if there is no case to answer, why do you think Durham police have reopened it?”

The Labour MP stated, “I think that they have been put under pressure, I think that you can see it – not just the media, I think Conservative MPs, I think there’s been a campaign.”

Andrew Marr responded, “Are you suggesting that Durham police are susceptible to bullying?” 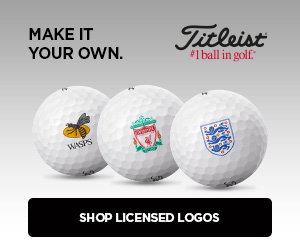 Ms Thornberry responded, “I’m saying that there has been systematic pressure and there has also been an enterprise put together by the attack unit at Conservative party central office – this is not being denied.”

“And the police have folded?” asked Mr Marr, “I don’t think the Durham police would be very happy to hear you sayingthat.”

Thornberry declared: “Anyone standing back and looking at this with an open mind can see that attempts have been made to put pressure on Durham police.

“Tory MPs have been tweeting at them, writing to them, I mean what is the point in doing that if it isn’t to put pressure on them?”

Have your say by leaving a comment. Cancel reply